Today I bring a review froma really amazing Game in my opinion, well let’s begin with some history first. 🙂 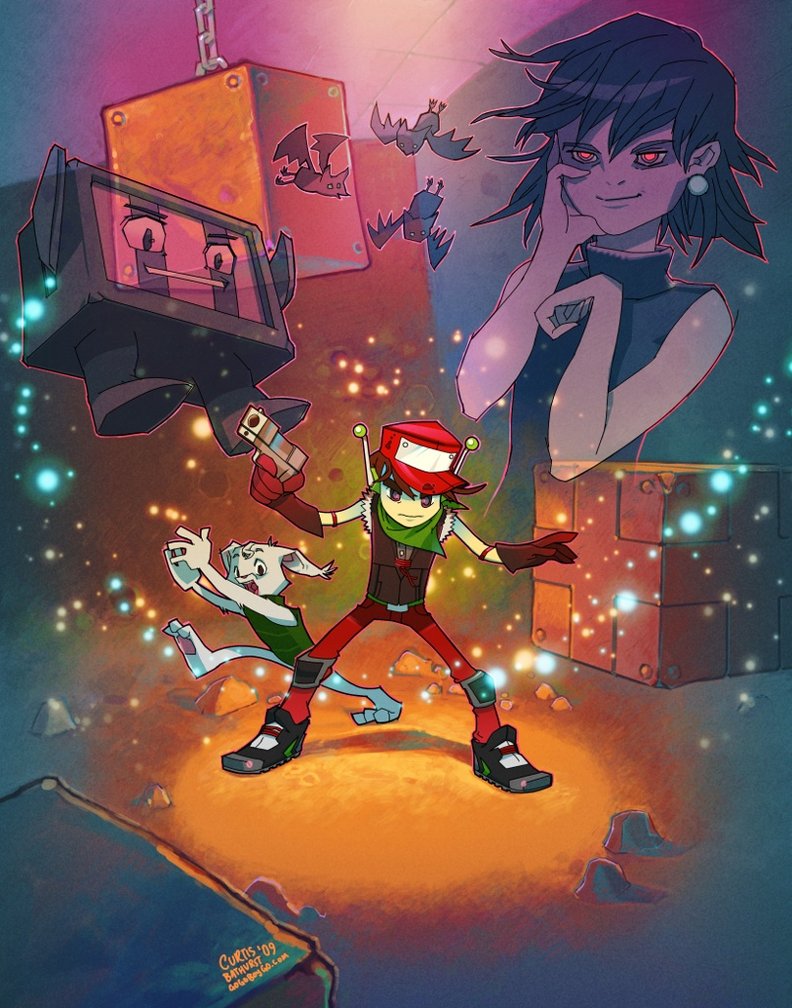 Cave Story (洞窟物語 Dōkutsu Monogatari?) is a freeware platform-adventure video game released in 2004 for the PC. It was developed over five years by Daisuke “Pixel” Amaya in his free time. Cave Story features 2D platform mechanics and is intended as a homage to the classic games that the author played in his youth, such as Metroid.

After its initial self-published release, Cave Story slowly gained popularity on the Internet. It received wide critical acclaim for its compelling story and gameplay. Independent developer Nicalis worked with Amaya to port the game to WiiWare and DSiWare in 2010. An enhanced version, Cave Story+, was released for Steam in November 2011, with a Nintendo 3DS release in October 2012. A 3D remake of the game, titled Cave Story 3D, was developed by Nicalis and published by NIS America for the Nintendo 3DS in November 2011.

The game focuses on an amnesiac protagonist who awakens in a cave. Through his explorations, he discovers a plot by the Doctor, a megalomaniac who intends to force the inhabitants of the cave to fight for him in his bid to conquer the world. The protagonist is thrust into the position of savior as he endeavours to defeat the Doctor.

The game has simple 2d animated graphic not realistic, but really “beautiful”, has a nice retro (16 bits platform view) the “fantasy” of the story builds a really nice atmosphere for the game, the sound low quality, but really nice, like the graphics look retro. The gameplay is really simple, it hooks you from the begin and have a little of similarities with “Megaman” like a platform game you can walk and shoot, have some different and creative weapons that can change the gameplay, the combats are really fun and the boss fight are amazing, all bosses will require a little of strategy, you will need to understand some boss’s logic to be able to defeat him. One thing that really is fun in Cave Story is the fact it has a nice level design and exploration, sometime you never know what you really will find. Some places will require different weapons to proceed or keys to advance through the game, the game really enjoys the player to start to explore all the places in the game. It is a really fun game, it is really making you fell like is playing true retro game. 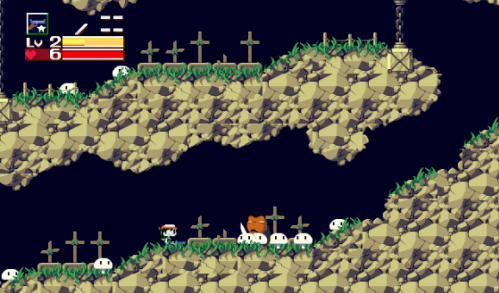 he Story is a surprise, because it throws good with a quite narrative that is very dynamic and flow different and fun ways with some mystery and each character have an interesting personality what makes the game yet more fun.
Well if you love Platform Game, Cave Story is definitively a must play game. 🙂