Square-enix has shown a little more of Bravely Second, the sequel of the game Bravely Default in Tokyo Game Show 2014. The video bellow is a game footage showing some of the features of the game, the Tomahawk class and the Three Musketeer.

The other classes in the game return from Bravely Default. Magnolia was a Valkyrie, Jan a Swordmaster, and Nikolai was a Red Mage.

if you never heard about Bravely Second before:

The game takes place in the same universe as Bravely Default, occurring several years after the events of the first game. The game once again will entail a world of adventure, swords, and magic. A new character, Magnolia Arch, will appear in the game as one of the main protagonists. She is apparently from the world’s moon, and the last of her kind after a demon attacks her homeland. According to Asano, the game will explore more of the land of Luxendarc. 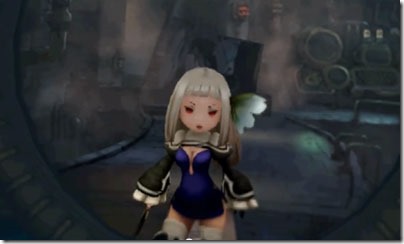