Star Wars always had some amazing good and bad games for PC and Consoles, but in a long time ago without internet age was a pretty hard to find out about some interesting games. Star Wars had several “different” games that you could never know or had forgotten about them. This list bellow is based on some Star Wars Games that today is a little “unknown” (or not) :3 . 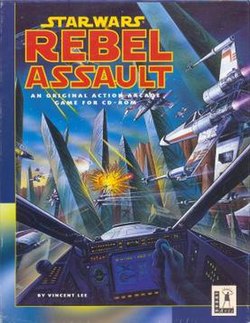 Star Wars Rebel Assault series is a “classic”,  a rail shooter developer and published by LucasArts in 1993 for PC, Sega CD and Mac. It was the first CD-ROM-ONLY game to be published by the company of George Lucas. The game mix digitalized footage with extensive Full Motion Video (FMV) with 3D CGI rendered sequences and was full dubbed. One of the best graphics in that time.

The story was about a rebel pilot called “Rogue One”, a farmer from Tatooine (just as Luke :3 ) followed by an attack on the Star Destroyer, after its capture of the Tantive IV in the movie. 🙂

The game is a rail shooter game, some levels the player “pilot” a spaceship, some he walks on foot in first person and others in third person, always following a trail.

Bellow a video trailer of the game to Sega CD from the youtube channel “Video Detective”. 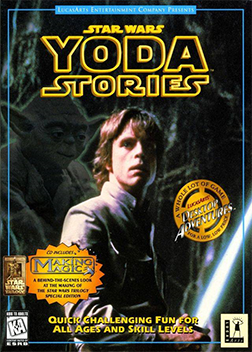 Yoda Stories was released in 1997 by LucasArts for PC, was a “good” top-down” game in that time. The game hadn’t a central plot, the player controls Luke Skywalker in Dagobah, after he “lands” with his X-Wing. Yoda gives Luke some quest like finding keys, specific object or rescue something. The game also had a Game Boy Color version released in 1999 (that sux

The graphics was very simple but the player had a nice freedom to explore the levels. 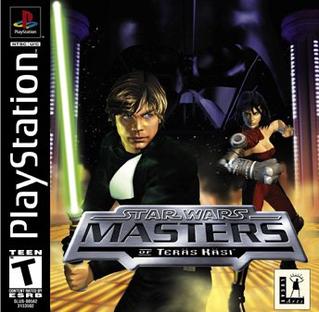 If you are a fan of Star Wars and old 3D fighting games. This Masters of Teras Kasi is for you. 🙂 The game is a fighting game of Star Wars developed and published also by LucasArts in 1997 for Playstation (1).

The game had a very oddly plot, which with the destruction of the Death Star by the hands of Luke Skywalker has severely crippled the Galactic Empire and so the Emperor wants destroy all the rebels, so he seeks the services of an Assassin called Arden Lyn to eliminate some of Alliance “Heroes” members. The Rebels challenged Arden to fight face to face and the Fighting Game  starts. “Teräs Käsi” means “Steel hand” from Finnish and is the martial art used in the game. 🙂

Bellow a video gameplay from the youtube channel gultigargar:

Ok guys, this one wasn’t a so forgotten and probably you already played this one or already have heard before. But it was now a old amazing race game developed and published by LucasArts for Windows, Nintendo 64, Dreamcast and an nice version for Arcade in 1999.

I think mostly of the Star Wars fans knows this game, it is a race game with pod racers, and it includes several different planets and movie characters to be chosen. The feeling of the speed in this game is really good , what makes this game a “classic”.

3-Star Wars Shadow of the Empire 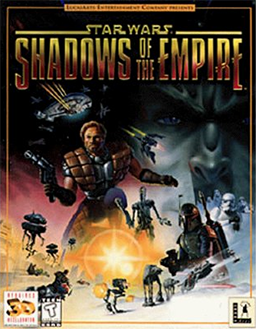 So talking about a N64 Star Wars game, Shadow of the Empire is an another amazing game.

Also developed by LucasArts in 1996, this game is a third-person shooter and one of the first games available for the Nintendo 64.  This game also had a Windows 95 version in 1998.

The player control Dash Rendar, a “Han Solo wannabe”, the  story happens before the battle of Hoth and the main character gets a position in Rogue Squadron,the player start the game fighting against AT-ST of the empire and the great villain of the story is “Prince Xizor” that believes that killing Luke Skywalker he would take the place of Darth Vader.

Bellow the commercial of the game in 1997 from the Channel DigThatBoxRETRO: 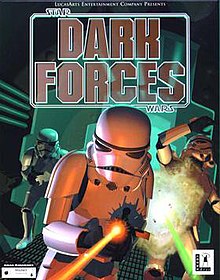 Dark Forces is a first-person shooter game developed and published by LucasArts in 1995 for DOS and Apple. Also this game had a version 1996 for Playstation.

The player controls a character called “Kyle Katarn”, a mercenary working for the Rebels and he discover a empire project called “Dark Trooper”, which involves the development of a powerful new kind of powerful battle droids and armored storm troopers. The game had an amazing level design for that time and the gameplay was very good and dynamic. 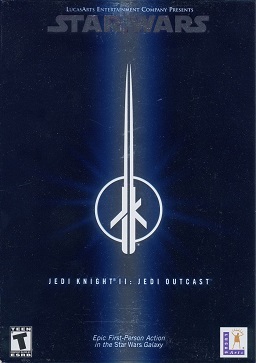 A sequel called “Star Wars Dark Forces 2: Jedi Knight” was really more impressive and made the player becomes a true Jedi. The serie changed the name to “Jedi Knight” in “Star Wars: Jedi Knight 2 – Jedi Outcast” and was the best from the franchise and even today this is the best “Jedi Simulator” that the player can gets.

Bellow a trailer of the “Star Wars Dark Forces” from 1996 in the youtube channel Video Detective. 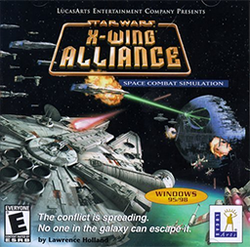 This game is the fourth game of the franchise “X-Wing” series from the computer and was developed and published by “LucasArts” for Windows. Following after the game “Star Wars: X-Wing vs Tie Fighter”

This is probably the best Star Wars spaceship battle game. X-Wing Alliance tries to be the best “Simulator” of the spacecraft from the Star Wars universe, the game was really good mainly when we talk about the multiplayer.

The multiplayer had a “online web lobby” in the “Microsoft Games Zone” in that time a great game lobby service from Microsoft, which the players could join in a great space battle.

The gameplay was really good and the player had an amazing chance and felling inside a cockpit of know piloting a X-Wing, Tie fighter, Tie Bomb, B-Wing, Tie Bomber, Tie Advanced, Tie Defender, Z-95 Headhunter and thousand others spacecrafts that the game had available.

Bellow a trailer of the game  from the channel Darth LeBeau´s Star Wars Game Chamber:

Well for now that is all, there was several others amazing old Star Wars games like Star Wars Rebellion, The Knights of the Old Republic, Star Wars Empire at Wars, Star Wars Republic Commando, Rogue Squadron series and many more that deserves some attention too, but won’t be for this time. If you want know more about the Star Wars Universe, this game tries to bring some fun around this universe, some of them are available in Steam and Gog, and you may looks better for it in the link over their names. So cya. 😉